24 Jan Often patients have no-one or family are too closely involved and frightened themselves..

Posted at 10:09h in OPAAL by SPAC Advocacy 0 Comments
0 Likes

Many thanks to Sue from Knowsley Pensioners Advocacy Information Service (KPAIS) for today’s very personal account of a cancer diagnosis:

When I started work, as Administrator on our Cancer, Older People And Advocacy project in 2014, never did I imagine I could end as a possible service user!

In April last year, after a routine mammogram, I was diagnosed with breast cancer.  To say your world turns upside down is an understatement!  A lumpectomy and course of radiotherapy followed fairly quickly afterwards. 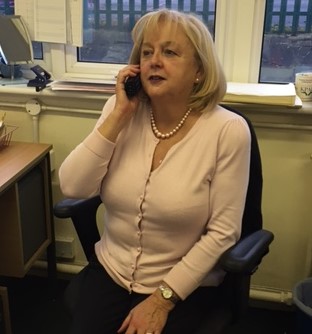 Immediately, after the diagnosis, I actually felt a sense of relief. During that interim period, your imagination plays havoc with you and you imagine all sorts of horrid possibilities.  But apart from them saying ‘we got it all wrong Sue’, the prognosis I received was most likely the best I could have hoped for. However, my partner was devastated – he’d lost his wife to breast cancer many years ago. But he came up trumps and became my ‘brick’ throughout my journey.

I had a supportive partner and family around me – someone to confide my fears in and to accompany me to the many hospital appointments but it made me realise the importance of the Cancer, Older People And Advocacy project, having someone there just for you, to speak up for you, sort things out for you, to talk to when you’re frightened, listen to what the professionals are saying.  Often patients have no-one or family are too closely involved and frightened themselves. An independent Advocate can make all the difference.