Beryl and Richard Driscoll had been married for over 65 years. They had spent very little time apart and by 2006 she was blind and he could not walk unaided. He was her eyes and she helped him to walk. When Mr Driscoll fell ill, the local authority moved him to a residential care home. Mrs Driscoll was not allowed to go with him, as she did not fit the criteria, and they only saw each other twice a week for 7 months.

Speaking to the media, she said ‘We have never been separated in all our years and for it to happen now, when we need each other so much, is so upsetting. I am lost without him – we were a partnership’. 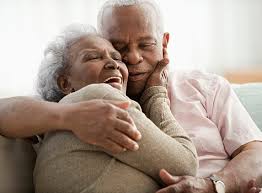 A public campaign launched by the family, supported by the media and various human rights experts, including BIHR, and older people’s organisations, and independent advocates argued that the local authority had breached the couple’s right to respect for family life (Article 8). The authority agreed to reverse its decision and offered the wife a subsidised place so that she could join her husband in the care home.

See here for further stories about how human rights protect us all. https://www.bihr.org.uk/